Women in Science and Engineering (WiSE)

Each student will participate in 3 rounds of discussion with mentors of their choice and have the opportunity to take part in an additional networking session planned for the end of the evening. Students will leave having gained a new perspective and a mentor with a career path similar to their goals. Come join us this year, for a night aimed at forming connections and being inspired!

* This event is for cis and trans women and those who are gender non-binary, gender-fluid and femme-identified.

This year our event will be held via Zoom. Tickets are $5 for students and RSVP will be open until March 5th, 2021 at 11:59 PST. Students who RSVP before Friday, March 5th will be entered into a raffle for 1 of 5 prizes. All proceeds from the event will be going towards non-profits that support other women*-led ventures!

Our list of mentors for this year can be found on our Mentor Page. 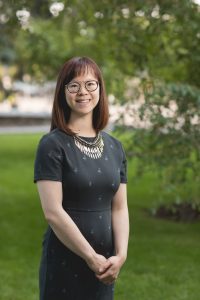 Bonnie Yu joined Shell in 2006 after graduating from the University of Calgary with a BSc in Chemical Engineering. Bonnie is a Professional Engineer who built her career in subsurface engineering and management roles and delivered strong technical knowledge as well as foundational operational leadership. As someone who has both overcome obstacles and benefitted from challenging the traditional paradigms of Diversity, Equity, and Inclusion, her personal mandate includes leading younger female talent through mentorship, building confidence and career development. Since September 2020, Bonnie has led the non-technical risk functions as the Safety and Sustainability Manager for Upstream Canada with a focus on integration with the Energy Transition and improving Safety Culture by incorporating human and organizational performance.

Bonnie is married with two small kids (aged 3 and 6) and loves teaching her little ones math in her spare time. 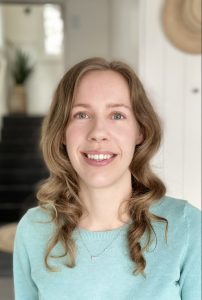 Sarah is a Sr. Power Systems Engineer at Tesla, where she works on interconnecting energy storage systems to electrical distribution and transmission grids throughout the world. She received a Bachelor of Applied Science in Electrical Engineering with Distinction from the University of British Columbia in 2014. 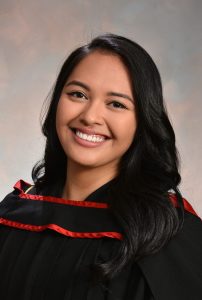 Paula graduated from the University of British Columbia in 2017 with a Bachelor’s of Applied Science in Electrical Engineering and a specialization in Electrical Energy Systems. Shortly after, she joined the BC Hydro Engineer-in-Training program where she completed rotations in Distribution Standards, Work Methods, Distribution Engineering – Interior & NIA, and Generation Stations Field Maintenance Engineering (Bridge River Generation). Paula is currently working as a Distribution Engineer for the Lower Mainland South region. Prior to BC Hydro, Paula spent 16 months as an Engineering and Maintenance Co-op Student for the Vancouver Airport Authority.

Outside of work, Paula is always on the go whether she’s exploring the outdoors, volunteering, or training in Olympic weightlifting!

Elise Ng has spent her career nourishing her passion of creating exhilarating theme park and waterslide attractions around the world. After graduating from Mechanical Engineering at UBC, Elise began her career designing unique and thrilling waterslides for locations in the US, China, Abu Dhabi, Guatemala, Japan, and Switzerland to name a few. After hanging up her bathing suit, she spent several years bringing a beloved Nintendo franchise to life for a soon-to-be-opened attraction at Universal Studios Japan. She is a member of the ASTM F24 Committee on Amusement Rides and Devices where she contributes to the development of the worldwide safety regulations for theme park attractions. She is currently bringing her ride design skills to a new industry, flexographic printing, as a Systems Engineer at Miraclon Canada. In her spare time, Elise enjoys learning about design thinking, catching up on the latest theme park news, and travelling to theme parks to ride the latest attractions (when it’s safe to do so).

Students who RSVP for WiSE before Friday, March 5th will be entered into a raffle for 1 of 5 giveaways.

All ticket proceeds will be going towards supporting other non-profit women*-led ventures! This year we have chosen to support Dress for Success Vancouver. You can find out more about what they do here.